Unfortunately, Juan Mata will have to sit out tonight’s tie against Southampton at Wembley. The Red Devils are scheduled to play the final against the Saints tonight for the EFL Cup Final. Manchester United will miss playmaker Juan Mata, who lost his grandfather.

As the squad arrived in London last night, Mata was missing. He has been reported to be in Spain with his family. He had to fly out for the funeral, and miss the EFL Cup Final. If available he would have surely started for United in the fixture.

Mata’s unavailability comes as a double blow for Manager Jose Mourinho. Henrikh Mkhitaryan was ruled out of the match due to a hamstring injury in the Europa Cup tie against St. Etienne on Wednesday. 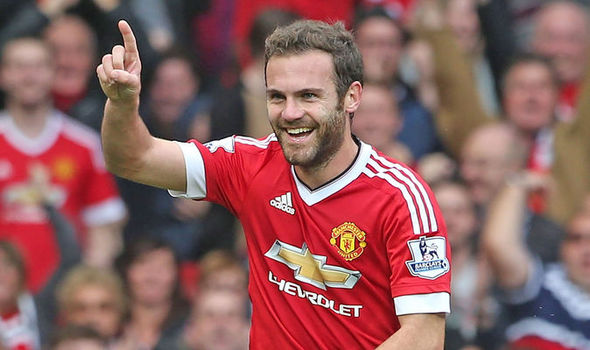 He has appeared in 20 games for Manchester United in the Premier League this year, out of which he has started in 14. The Spaniard has scored 6 goals and assisted in scoring 2 more. He would surely be missed in any final.

Manchester United had finally looked to regain some form. They have looked to perform well in all 4 tournaments, with great chances to win trophies in 3 of them.

While speaking to Sky Sports earlier, Mata had mentioned the importance of the upcoming final. He said, “A final is always a special day in your career.”

Manchester United last played at the Wembley a year ago, on 21st May. They played the FA Cup final against Crystal Palace, winning the final and the cup 2-1. Captain Wayne Rooney was adjudged as the man of the match of the final. Manchester United will be looking to repeat the performance tonight against the Saints.

With two of the most in-form players out of the final, Jose Mourinho would expect the senior players Wayne Rooney and Zlatan Ibrahimovic to step up.